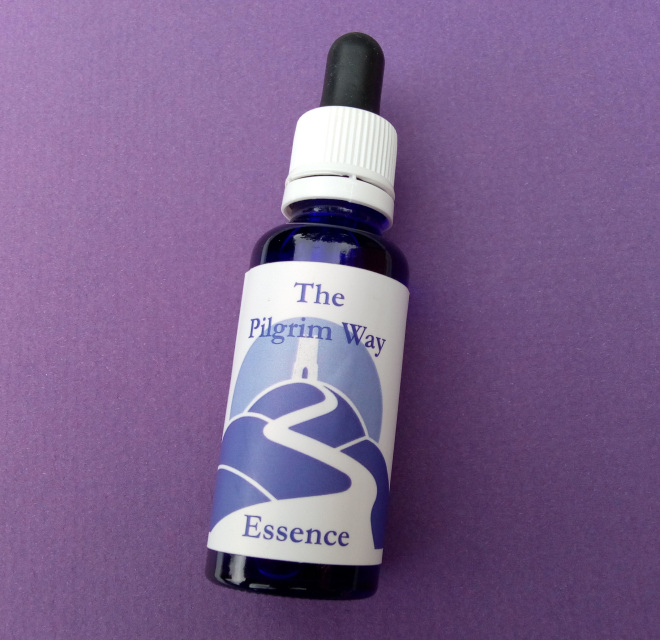 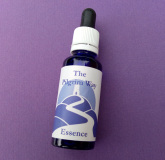 30ml bottle of Vibrational Essence, Created in Glastonbury by the Glaston Centre Team.

Early one evening in 2018, a new vibrational essence was created on the slopes of Wearyall Hill in Glastonbury.

From the top of Wearyall Hill there is a 360 degree view of the surrounding landscape with a perfect view of the Tor. On a good day you can see as far as Wales. Imagine how pilgrims might have felt after travelling across dank boggy land to stand on such a wonderful high point looking out towards the sunrise or sunset.

Every evening, on the Old Way to Canterbury, it is said that pilgrims turn and look backward at the glory of the Westward setting sun - before striving into the dark toward new beginnings Eastward.

On 27 July 2018 a small group of the Pilgrim Centre Team sat looking out from Wearyall Hill on a stormy evening when all the elements were present, earth, air, fire and water! It was an auspicious date and The Pilgrim Way essence came into being.

Those of us present, felt a connection to a great chain of souls, flowing to and from the sacred Isle of Avalon. It was like watching pilgrims, children included, who had visited Glastonbury over the ages, their heart centres open and consciousness streaming from third eye/crown chakras. Vantage points such as this can give us a new view of life….. confirmed by the buzzard flying overhead as we finished!

The essence has been trialled by others who experienced similar themes and messages of expansiveness, opening up, increasing feeling of awareness and depth of understanding offering stillness in mind and body.

It is felt that the essence may assist with a connection to Glastonbury as well as companionship with pilgrims past, present and future. Working from the heart centre, it may help with opening up new horizons and offer a new perspective on life.