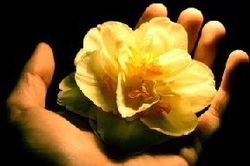 This is a listing of local groups affiliated with particular teachers and contact people who can give information and share their own experience of following their teacher.

If you would like your teacher or group to be included in this section please contact us.

Since 1993, Amma has been recognised by the international community as a treasured repository of practical spiritual wisdom, often known as the 'Hugging Saint' who has the capacity to guide the world towards a better, brighter future.

There are regular groups (approximately once a month) meeting in the Glastonbury area. These are open to anyone who is interested. To check the venue and time of the next group use the email link below.

The group generally includes refreshments, Satsang and Bhajans, followed by the singing of Aarati and then more Bhajans.

Aarati is a daily worship service performed to the Supreme Deity in the form of the Deity personified or to a statue, a picture, or other symbol of God. In this prayer ceremony, offerings are made of fire, incense, ghee (clarified butter), camphor, flowers, rice, sandal paste (chandan), vermillion paste (kumkum), water, etc.

In the temple worship, offerings to the statue, assumed to be a living presence of the Deity, are also made of a seat, ceremonial bath, clothing and food. By donation.

Author of many books including 'The Power of Now' and 'A New Earth' Eckhart is not aligned with any particular religion or tradition, but excludes none. At the core of his teachings lies the transformation of individual and collective human consciousness - a global spiritual awakening. 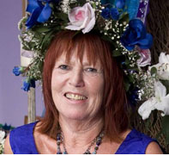 Kathy is a Goddess ceremonialist, spiritual teacher, initiator, author, healer and sacred dramatist. She began teaching the 3 year Priestess of Avalon Training in 1998, now taught with Priestess Erin McCauliff, and is a teacher of healers.

Her celebrated books include Priestess of Avalon, Priestess of the Goddess; The Ancient British Goddess; In the Nature of Avalon; Chiron in Labrys and Spinning the Wheel of Ana. In 2013 she is included in the Watkins 100 List of living spiritually influential people in the world. 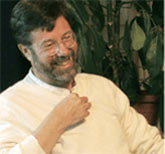 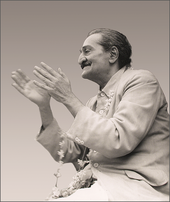 Meher Baba
"I have come not to teach, but to awaken".

Meher Baba - a silent master who became known as the Avatar of the Age. He was born and lived in India until his death in 1969. He worked and travelled widely both on the Indian Subcontinent and in the West, where he attracted many followers.

Venue: Priory Farm, Nr Baltonsborough
Thursday afternoon open group: Devotional singing/Bhajans All faiths welcome and the songs sung in the group reflect this all faith ethos. The singing is from 2.30-3.30pm followed by tea and cake (optional!)

You are invited to arrive from 1.30pm to be in the beautiful gardens in this very lovely place which is about ten minutes drive from Glastonbury. 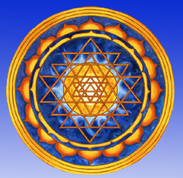 In the context of yoga a kriya is any purifying action that contributes toward spiritual growth. Kriya Yoga, as taught by the renowned yogi Paramahansa Yogananda, is a most effective process for nurturing spiritual awakening. Kriya yoga practices are suitable for everyone. Authentic religious traditions and spiritual teachings are respected and the innate divine nature of every person is respected.

The Kriya Yoga Centre, affiliated to the Centre for Spiritual Awareness, is based at Burtle. (7 miles west of Glastonbury). Regular Meditations, Satsangs, are held and instruction in the techniques of Kriya Yoga is available.